New Here? Create your account.
Forgot your password?
Our Store is currently unavailable while we update the system. Thank you for your patience. In the meantime, please contact us at 800.448.3401 so we can assist you. 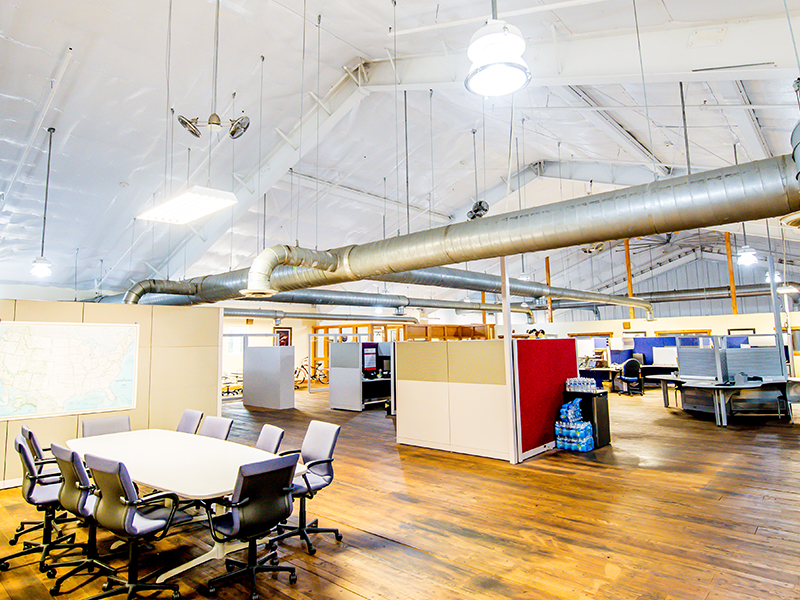 As the largest Harley sales and service center in South Carolina, Low Country is a popular and well-respected business. But the issue in this case was more literal – the building was too warm and, at close to $10,000 per month in the summer, the electric bill was too high.

“We used to die in here,” said building manager Skip Roush. “If it was 90 degrees on a summer day outside, it was 85 in here. The customers were hot, and everybody here had a little fan by their desk.”

Low Country Harley-Davidson opened in 1979 and has been in its current building for 13 years. The complex includes a four-story silo with a glass-enclosed peak and a showroom and service center built to resemble a rambling country barn. Inside the showroom, a second-floor office area overlooks the selling floor and a 4,800-square-foot section is devoted to Harley-Davidson motorcycle memorabilia.

The building experienced a lot of solar gain through the roof, Roush said, which led to the choice of Fi-Foil’s RetroShield® to try to beat the heat. Roush had seen how well the product worked at the local fairgrounds where he and his family show their dogs. The building manager there told him the facility had seen a 25 percent decrease in summer cooling costs as a result.

The patented Clip & Pin components are crucial to RetroShield®’s performance. Easy to attach to the lip of the purlin, Clip & Pin components connect the insulation system to the building’s frame without glue or cables or the need for additional framing or other alterations. Installation can be done in one pass, providing an easy continuous insulation solution for reducing thermal bridging at the bottom of the purlins.

As a whole, the system ensures long-term stability and performance while giving building owners a professional look that can be used as the finished ceiling.

Since the project completion in April 2018, Roush and his coworkers at Low Country are pleased with the results. The interior is brighter and cooler – a result of the RetroShield® as well as exchanging the metal halide lights for LED bulbs, which reduced the heat generated inside the building.

The thermostat is now set at 73 degrees and the temperature inside is also 73. The system is not as stressed either, Roush noted, and he has not had to replace parts as often.

And best of all, Roush said, the office workers who used to need fans to get through the day are now happily wearing sweaters at work.

Have A Project In Mind? Let's Talk.

We Value Your Opinion
Do you use the performance method to meet code requirements for insulation?
I already answered this. Don't show again.